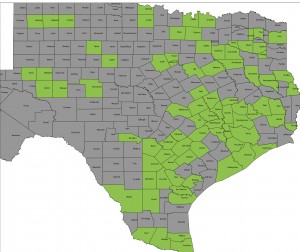 We offere for sale the ownership parcel shapefiles. Each county in the United States is divided into many smaller plots of land owned by individuals. These are referred to as ‘Parcels’ or ‘Cadastre’, but usually they are just called ‘Parcels’.

Surface ownership data is very useful when trying to understand who owns what parcels of land.  Texas ownership parcels can be rather complicated given the nature of the metes and bounds system used to derive the cadastre  in our backwards state.  This geospatial data layer will include the geometry as polygons (no lines) and usually have the owner name as an attribute with the data.